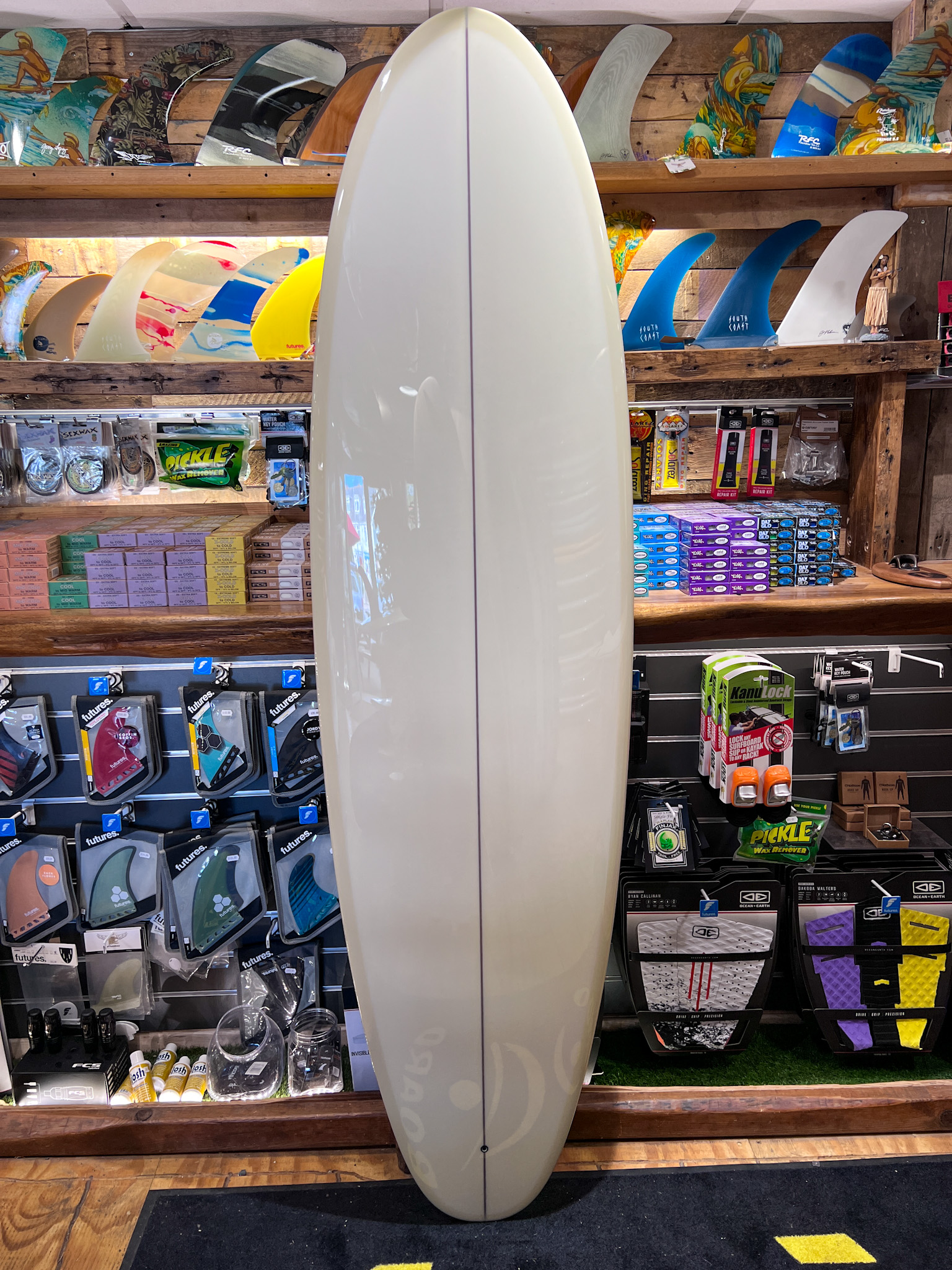 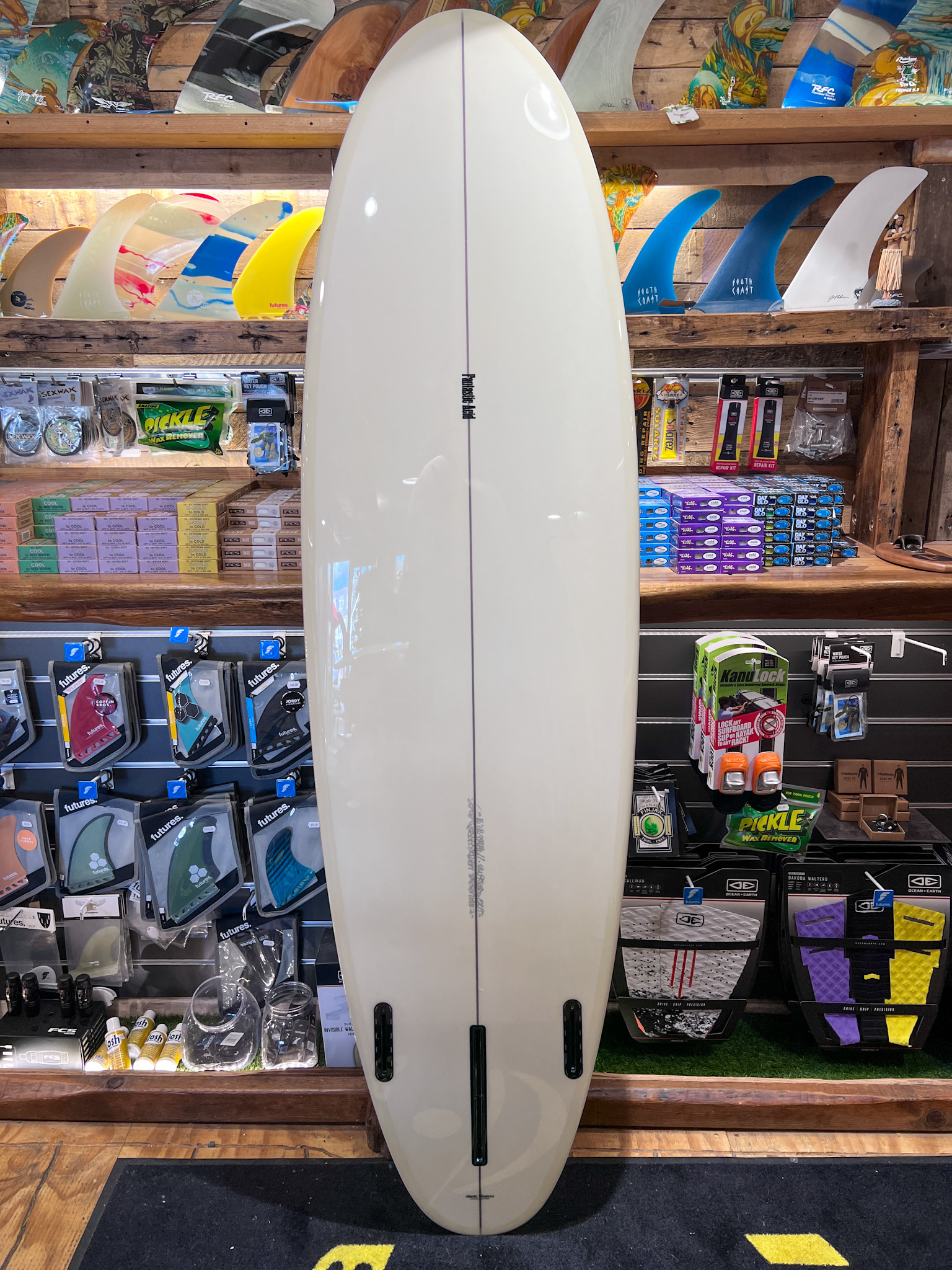 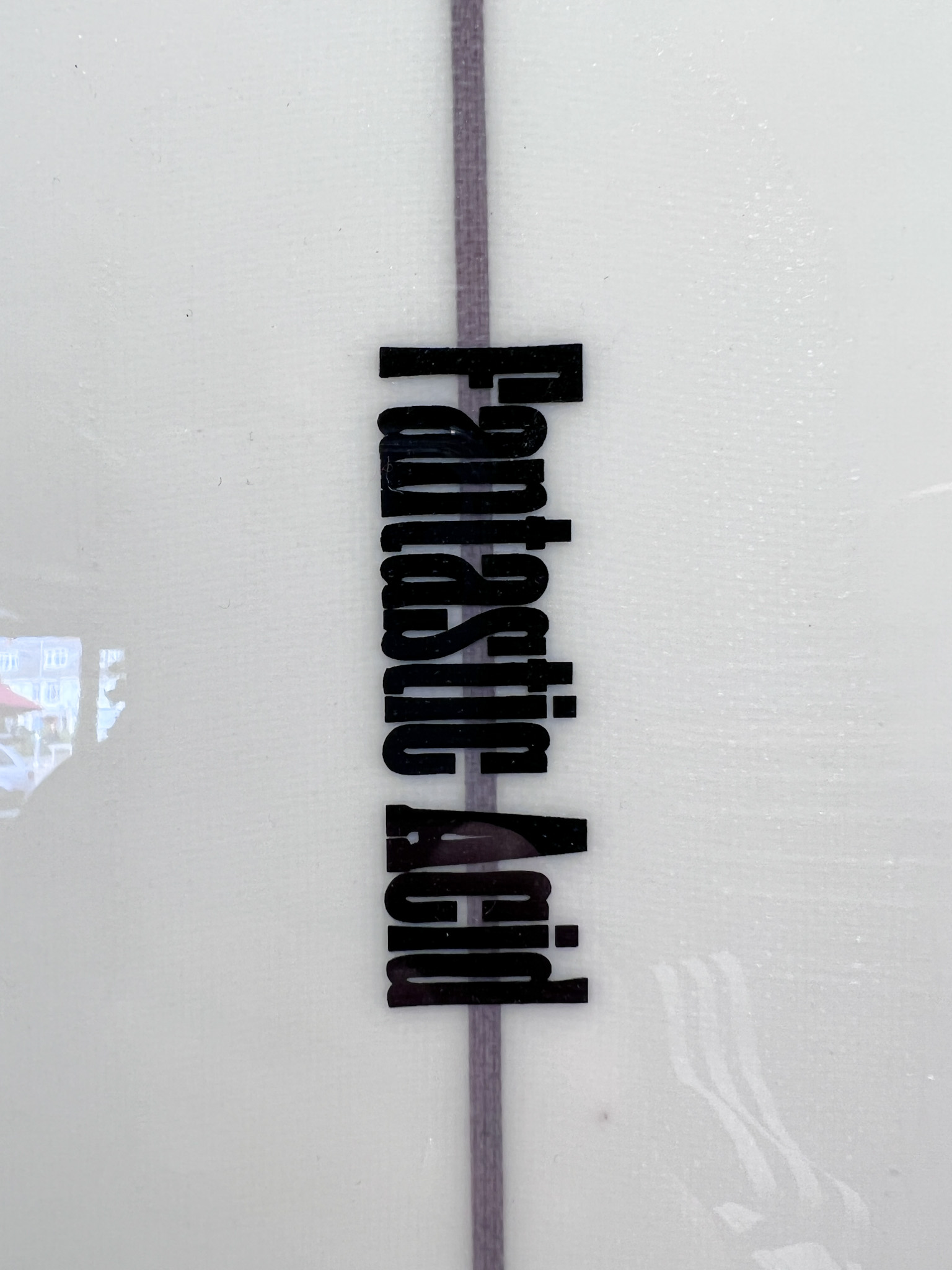 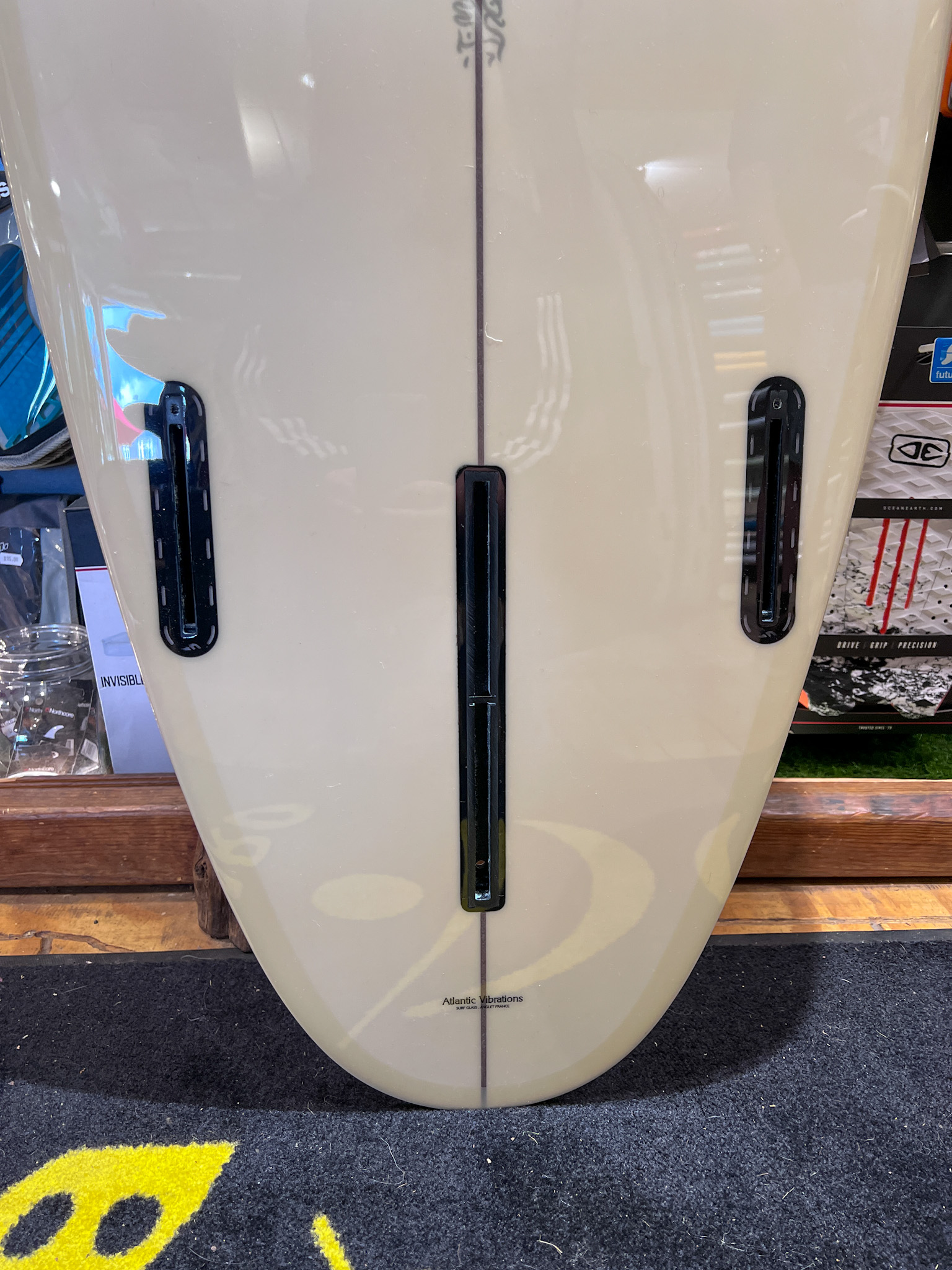 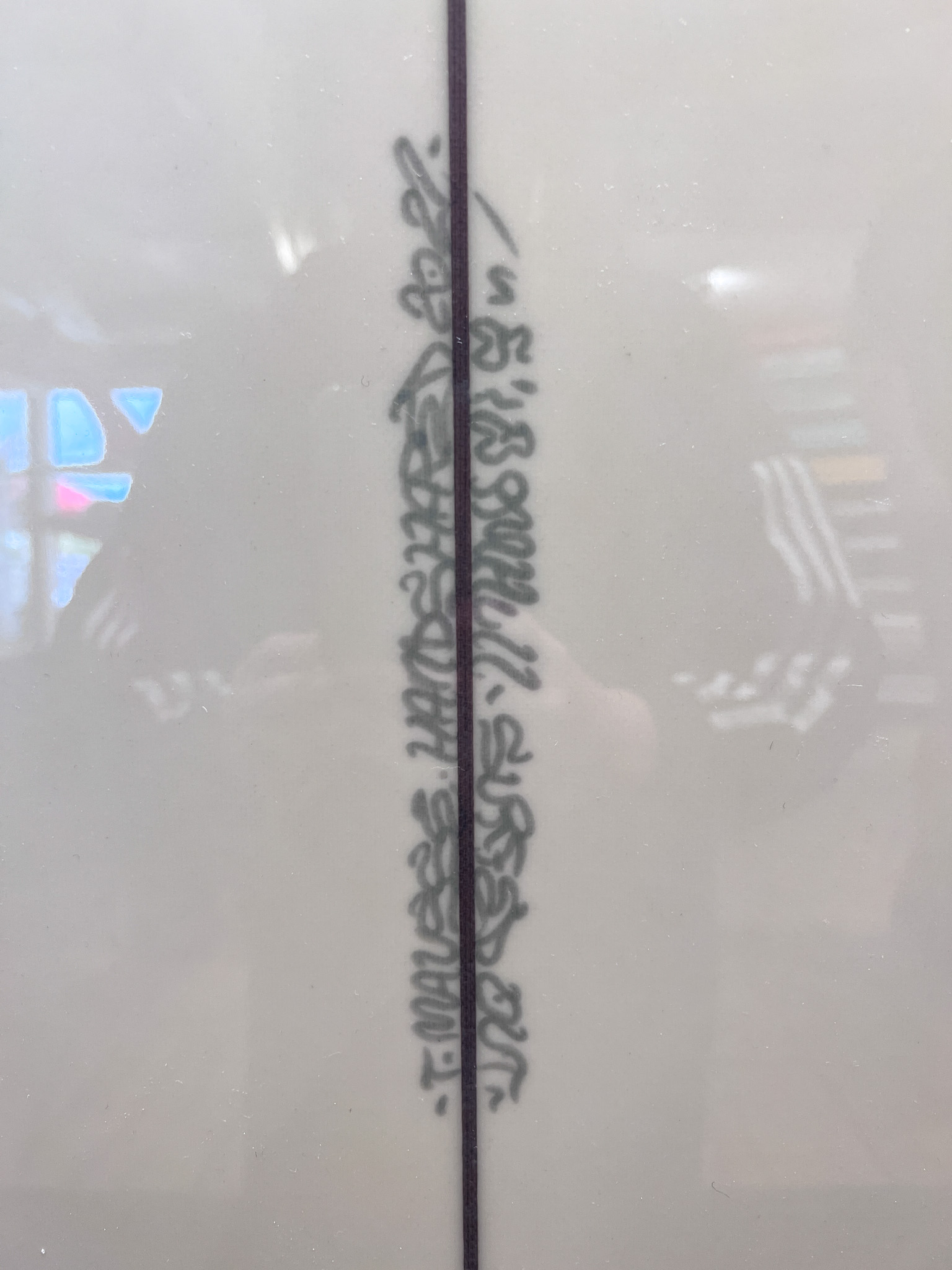 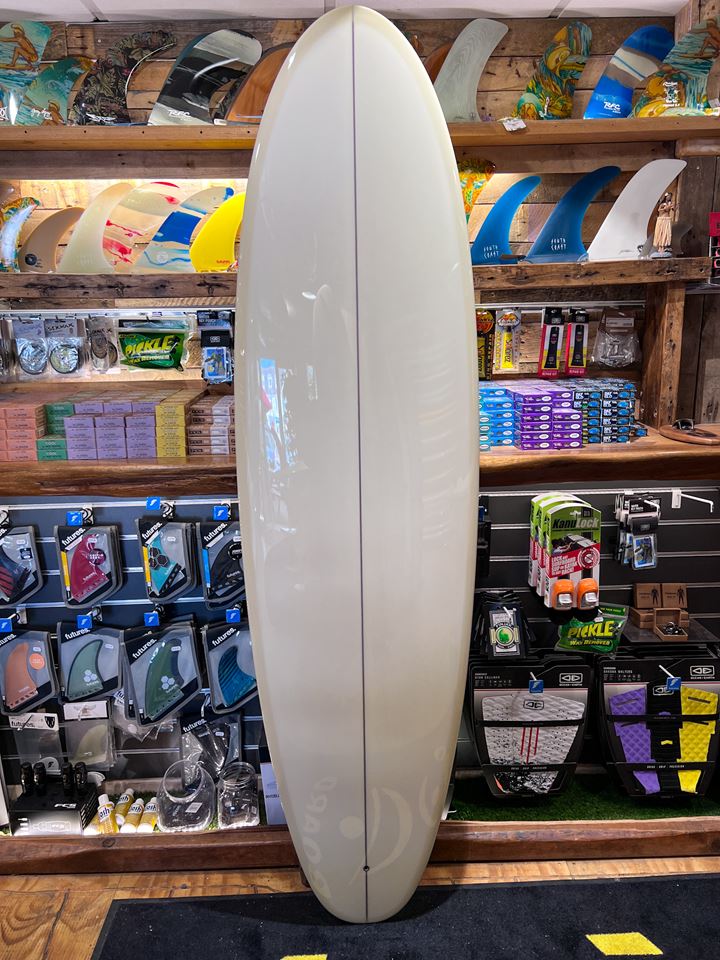 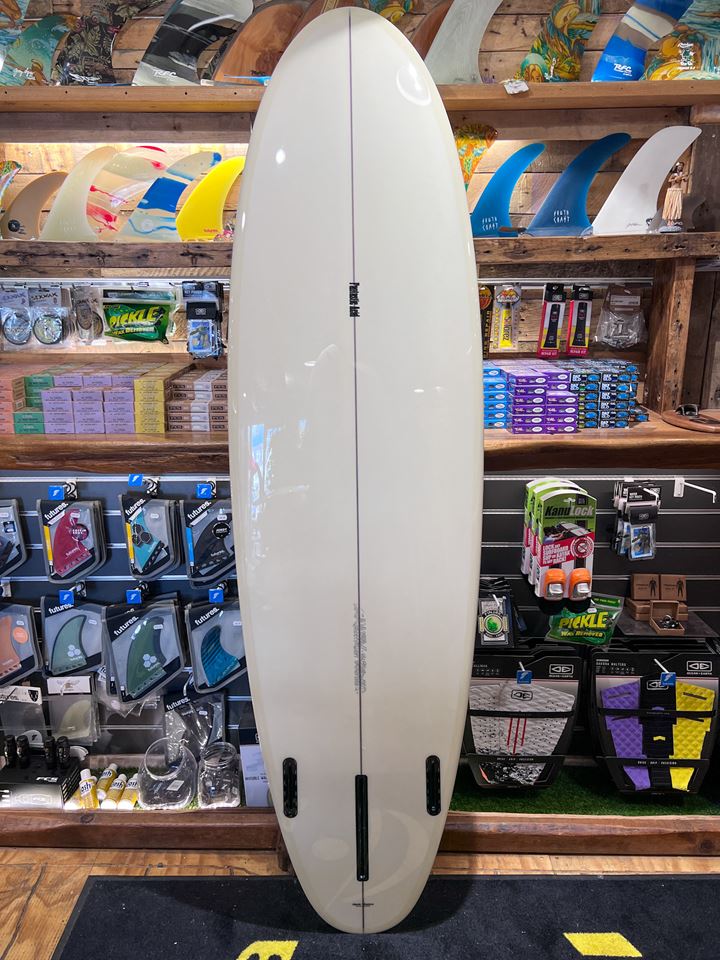 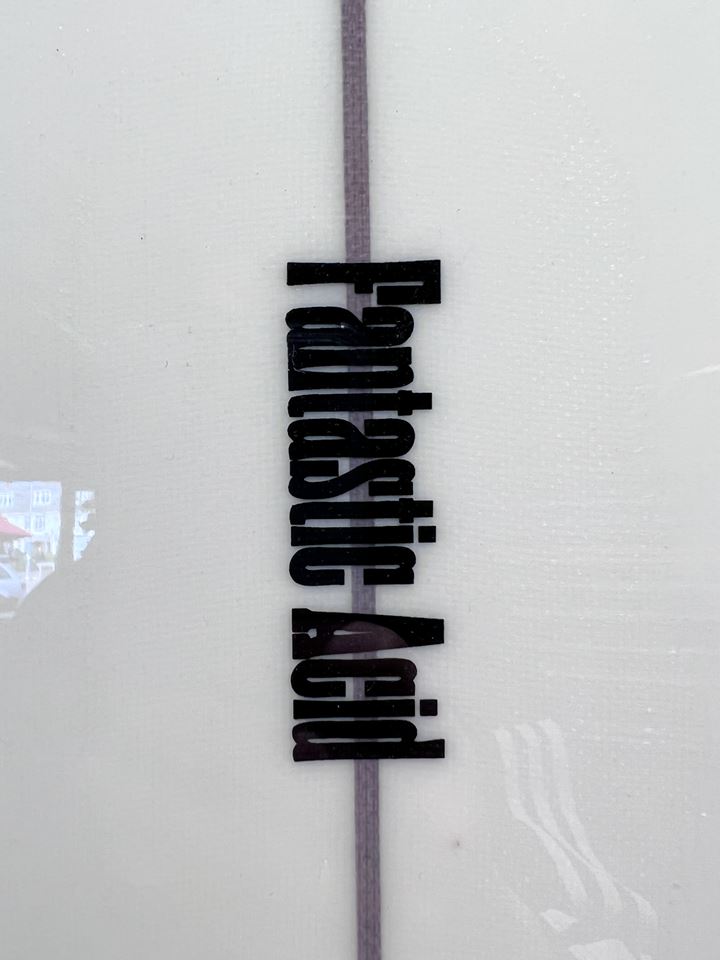 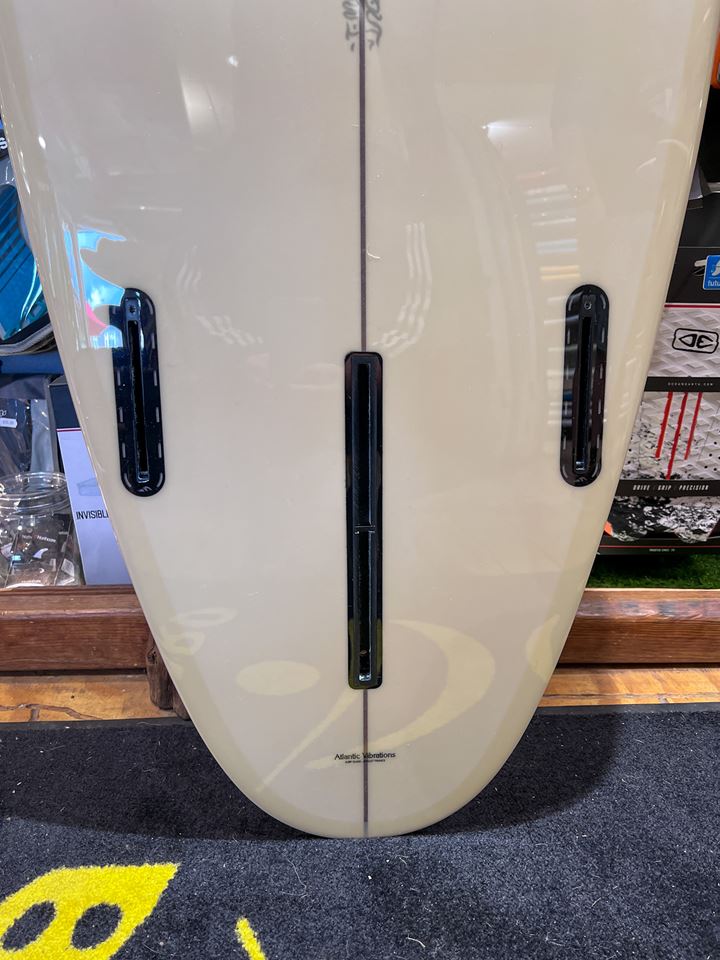 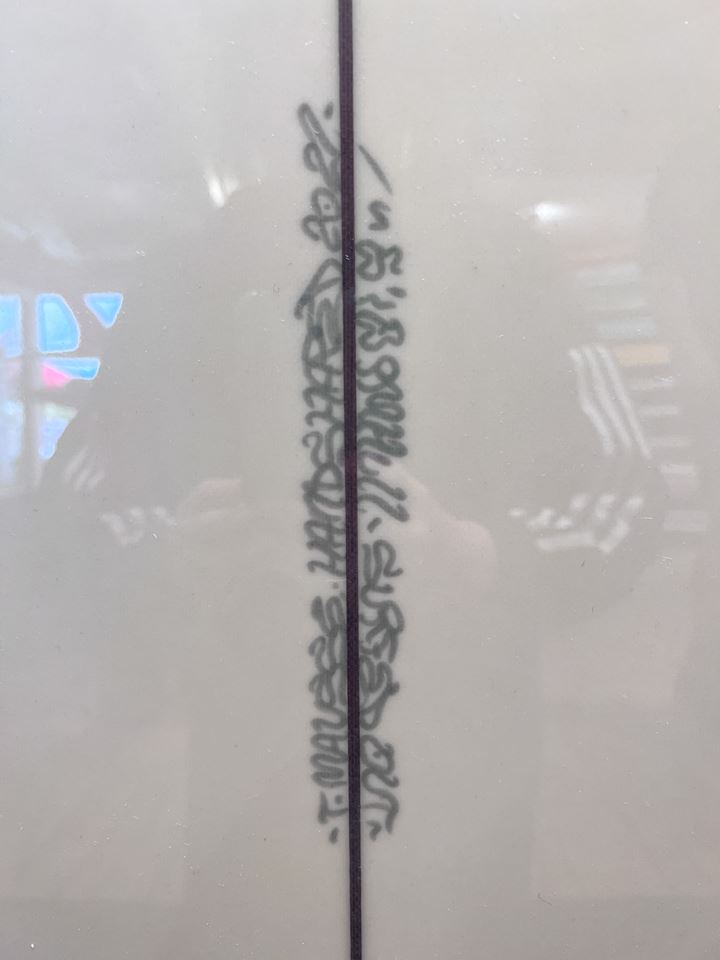 Tristian Mausses Progressive Modern Hull Design starts with a tucked under edge rail from the fins to the tail. Featuring a pivot point on the rear foot, with a wide point centred in the middle of the board, which is unlike a classic hull, because it has its wide point well in front of the middle of the board. This design also appeared on a classic hull with a wide nose (generally between 18 to 19 inches). This nose width was beneficial on fast waves with a wall where the surfer favours a fast trim, on the front end of the board to gain speed.

Reducing the nose width, moving the wide point back and therefore moving the hull back. The PMH Tail rocker is slightly more accentuated than a classic hull. The nose rocker is the same as a point break Hull, moving the fins back and favouring the back foot control, the key ingredient in revisiting the Hull with the modern tweak is aiding the modern manoeuvrability of this shape. Handcrafted fins are recommended by Tristian Mausse and with this board a Minimalist 8” Flex fin with a long narrow rake and a small base to keep the pivot and maximise the Hulls natural drive.

To compensate for the loss of fin depth and therefore prevent the tail (which is quite large in itself) to chase and slip, two small thin sides (trailers) are added to the 8-inch central fin. The trailer fins act as a grip but their sizes are not overpowering and leave the pure sensation of a single fin. For these trailer fins, Tristian was inspired by a classic D from the end of the 50s. For the outline of the board, inspiration came from the boat plans present in Lindsay Lord's book, Naval Architecture of Planing Hulls, But also Ted Spencer's stubby, or at least Shane's White Kites. 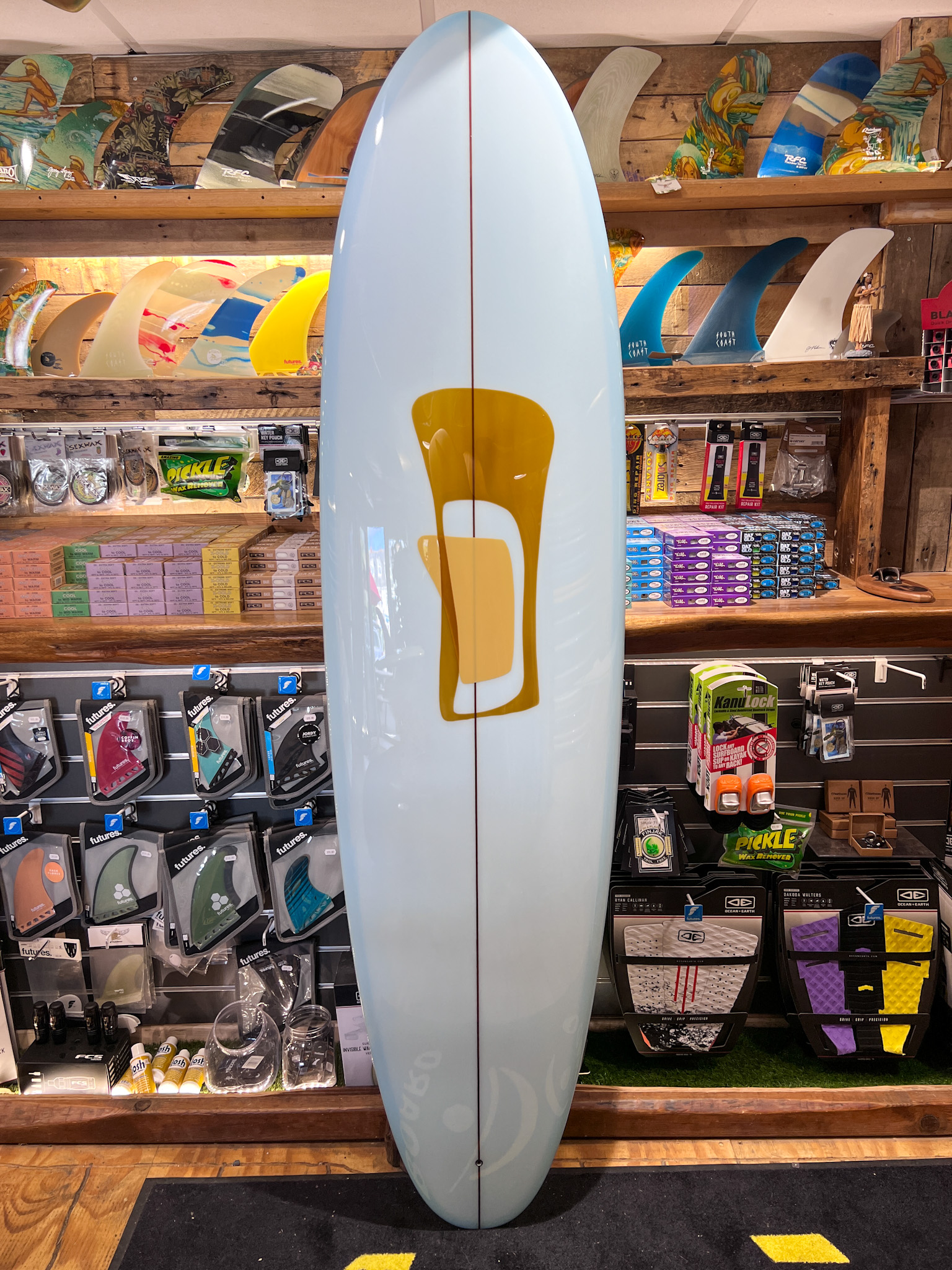